Should I Wear Blue Light Glasses if I Work at a PC? 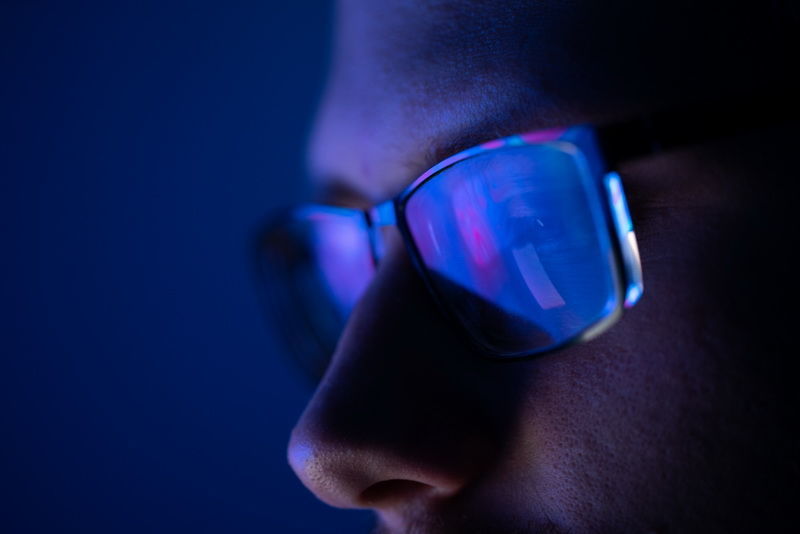 Is blue light bad for your health and eyes? Should you  be taking precautions to limit your exposure? These questions are actually much more complex than they may first appear; however at this stage, the latest research suggests that blue light blocking glasses may be beneficial, but it's not because of any impact on your eyes.

Let's take a look in more detail below.

Firstly, What IS Blue Light and Where does it Come From?

Blue light essentially refers to light rays at the blue end of the spectrum; blue light rays  have relatively short wavelengths when compared to other light rays, meaning they contain a higher energy load.

You've likely heard that blue light is emitted by computer monitors and other screens; however, it's not widely understood that the biggest source of blue light is in fact the sun. Spending time outdoors is the best way to receive the benefits of blue light. And yes blue light is beneficial!

Why You Need Blue Light

By this stage, you may be wondering, if blue light is so beneficial, why would we want to block it out with glasses? The answer to this question comes down, in no small part, to timing and intensity.

Can Blue Light Exposure be Harmful?

Exposure to moderate levels of blue light from the sun during daytime is by and large beneficial. However, exposure to blue light  at night is widely considered by scientists to be potentially harmful. And nowadays many of us spend our entire evenings accompanied by blue light-emitting devices (think fluorescent/LED lights, flat screen TVs, computers, tablets and smartphones).

The problem is that blue light keeps us awake by suppressing melatonin, and it appears to do so to a greater degree than other types of light. For example Harvard researchers have found that exposure to blue light suppresses melatonin production for about twice as long as exposure to green light and that it affects circadian rhythms by twice as much.

Some studies have shown that too much blue light exposure can damage cells in the retina and cause changes similar to those observed in macular degeneration. However, it's important to recognise that these studies used blue light at far greater intensities than that emitted by our smartphones and TVs. Studies are yet to find any evidence that the lower intensity of blue light emitted from electronic devices is actually harmful to your eyes in any way.

So Should You Wear Blue Light Blocking Glasses?

The Royal Australian and New Zealand College of Ophthalmologists  recently stated that:

Based on this advice, if you're concerned blue light exposure from screens or LED lights may be impacting your sleep, blue light blocking glasses may be worth the investment. However, they are not likely to offer any protection for your eyes.

Optometry Australia is in the process of reviewing scientific literature in order to provide optometrists with the best guidance, so watch this space for advice in the future!

At the Eye Wearhouse we offer the latest in lens technology; if you suspect blue light exposure is affecting your sleep, contact us today for an assessment.